BACK TO EARTH
brings you
FROST vs FLOWERS

A place where everyone including children can experience something that they may not have experienced before .

This year we have secured a beautiful hall nestled in the forest of western Alberta. Attached is a wonderful Camp ground with ….

Camp Ground is $25 per night for RV / $10 per tent
Pay on arrival for camping (this is seperate of event) Must have cash
You are welcome to sleep in the hall free as per event schedule.
Gazebo with fire pit.

Amazing Djs as always (Line up coming) Everything from House to Bass to psy !

Blue Lunar Monkey started playing the keyboard at the young age of thirteen, eventually moving onto the guitar which would later inspire him to make his own band. Throughout his career, Daniel Gradilla played lead guitar in several rock bands, where “Naranja Mecánica” stands out for being the first Mexican band to be signed by Universal Music International with a very popular hit single and a video that swept Latin America off its feet. Despite the success of Daniel’s band, by 1998 BLM had already been attracted to a whole new world of possibilities, floating into the realms of ambient and trance music. Without leaving his studio work aside, he co-founded Mandala, one of the pioneering organizations that promoted psytrance and its inherent lifestyle as well as studing Sitar and Nada Yoga (Yoga of Sound) in India. Since then, his trailblazing talent has taken him around the Earth’s orb to present his magical and spiritually-inspired music that consists of two major sides: Psytrance and Downtempo, which despite their differences, consequently bring Blue Lunar Monkey’s resonance to a harmonious balance within the transcendental roots of the tribal ritual. He has released 6 full albums, as well as many EP’s and , singles for compilations on labels worldwide like Planet BEN, TIP Records UK, Transient Records UK, Solstice Records Japan, Synergetic Records Austria, Maia records Mexico, SpeedSound Records Brasil, AP Records Germany, GOA Productions China, Tycho Recs Canada, Undergroove Records Mexico, Uxmal Records Mexico, Blue Tunes Records, Altar Records Canada, to name a few.

Adham Shaikh is a Emmy and Juno Award-nominated music producer, composer, sound designer, and DJ who brings his uniquely powerful global sounds to the world stage and screen, not to mention many a crowded dance floor.

More at the Door .

***To Reserve your spot now ***
1. send payment to littletooker@hotmail.com
2. Password frostvsflowers
3. Include email and names for every ticket holder

A confirmation will be send as long as all of first 3 are present. Waiver will be at the door.

Please let us know if you are looking to volunteer. Volunteers must be available for set up the Thursday before or for take down including help with delivery to Bowden. 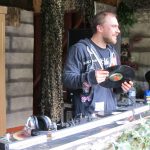 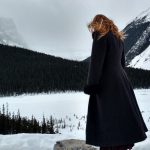 Tagged as back to earth, family festival, frost vs flowers.